Famous for being home to all kinds of artists and art lovers, Berlin is a European city that should not be missed.

With the shadows of the past still lingering over it, the city is caught in an eternal contrast between old and new, classic and modern, regret and forgiveness.

I lived in this controversial city for 4 months during my semester abroad and while I believe it takes time to truly enjoy the urban treasures, there are some places that cannot be missed if you decide to spend just a couple of days in Berlin. 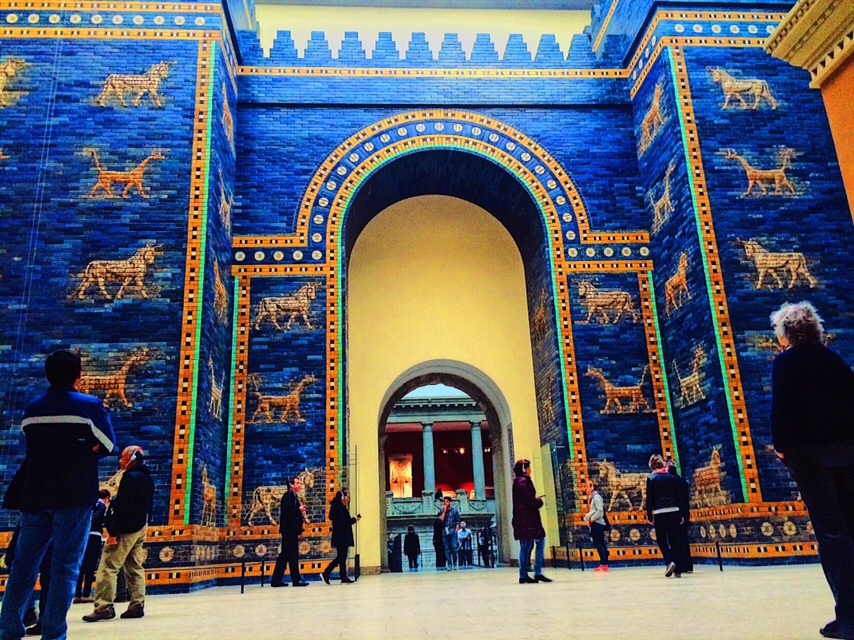 I know some people are puffing and rolling their eyes at the screen right now, but I promise it’s worth it. For the ones of you who are bored by museums, I strongly recommend seeing at least one of the 5 best ones situated on Museum Island – Pergamon Museum. This is dedicated to Islamic art and it also has the Babylonian Gates, which are absolutely spectacular. So even if you decide not to see all the museums on the Island, Pergamon is definitely something that you would not want to miss.

Tickets can be bought at any of these  5 museums which are Bode Museum, Pergamon, National Gallery, History Museum and Neue Museum which was closed during my stay in Berlin so I did not get to see it. The price of the tickets was 18€ for an adult and 9€ for a student. These prices include all 5 museums and are available all day until closing time.

THE TOP OF THE DOM

Across the Museum of History, you can see the Dom. The building is hard to miss, it’s iconic for Berlin and it’s indeed beautiful.

You can visit the Dom and even if I have seen a lot of Catholic Cathedrals and Doms during my travels, I know that 9 out of 10 have the option of going on top of the building and enjoying some breathtaking views over the cities. That’s the case with the Berliner Dom as well.

The ticket to visit the whole place is around 7€ for adults and 4€ for students, but it’s worth climbing around 260 steps to get to the top of the Dom and enjoy Berlin from altitude. 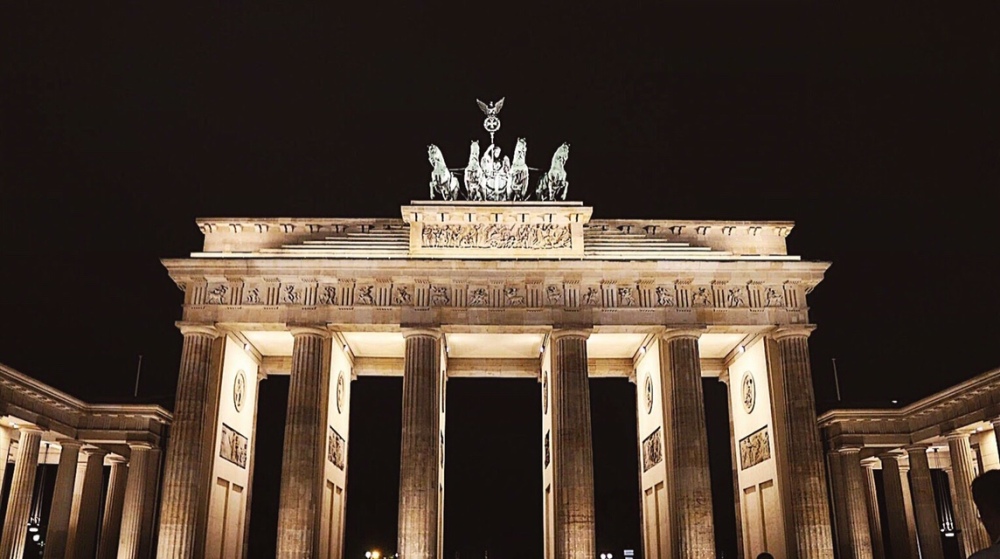 Brandenburg Gate is on every postcard and every logo for the city. What I would recommend you to do is go there when it’s darker outside and the lights are on. It is so beautiful to take a stroll through the gate, take a picture and enjoy the view. Right next to it there’s the Parliament Building.

If you book a spot for the Parliament later in the day, go to Brandenburg Gate and have dinner in the city. 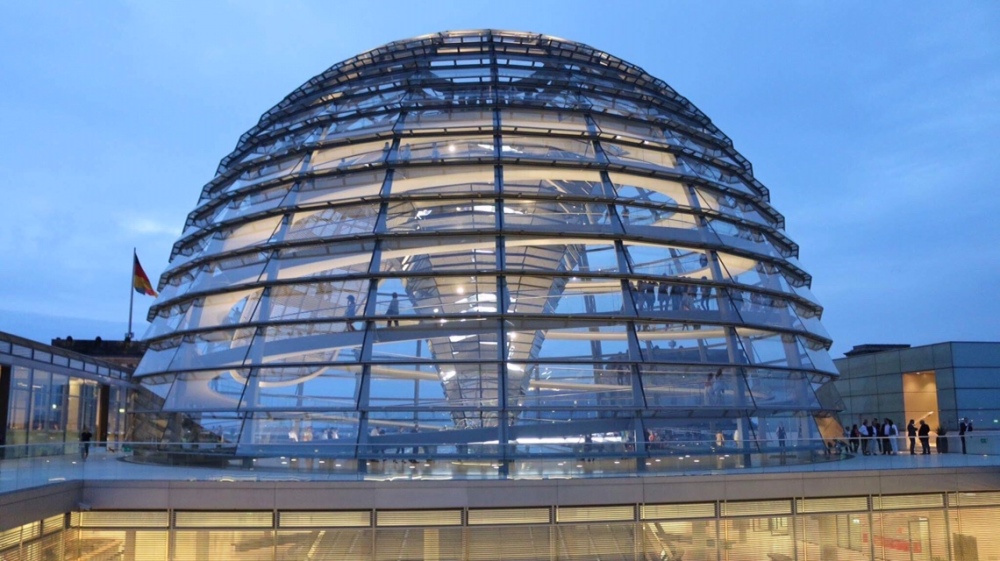 This is a place most people don’t get to see either because they find out too late they have to book a place or they think that it’s too much of a burden and don’t bother. I don’t know about you, but I always look for spots where you can admire the city from above. Not only are they hard to find sometimes, but most of the time you need to pay to enjoy the views. Not here!

The Parliament is H-U-G-E so there is no way you can miss it. Right across the street, there is this cabin where you can book your visit. You will need ID and they will give you an available date (usually a day or two so it’s best to go there as soon as you get to Berlin to make sure it’s available) and a piece of paper (confirmation of booking) which you need to keep and give to security on the day of your visit.

What you will be seeing is the upper part of the building which is made entirely out of glass and a big terrace which will allow you to admire Berlin from the top. I went there at night, at around 9PM and it was wonderful, but either way, you’re in for a treat!

Art, art, art…! The East Side Gallery is literally one of the coolest places ever! It’s young, it’s fresh, it’s unique and it’s art for the open-minded. Yes, it might not be the National Gallery, but I promise, it’s mind-blowing! You will be spending an hour going “Wow, how cool is this?” every 2 minutes. Once you’re done with East Side Gallery you can grab lunch in the area.

This is one of Berlin’s hidden gems and I think everyone should see it. It’s situated in the Sony Center where you can have a drink once you’ve finished.

If you can’t find it, ask someone who works at one of the cafes in the center. It’s literally a door that has the name on it, but once you’re in, it’s like a whole new universe and no picture could do it justice.

There are two sections to the museum as far as I remember: film and television. Both areas tell the story of the film and television industry, but what makes the museum so special is the design. It’s so different than what we usually see in a museum or a gallery. It’s BOLD and creative and you become part of the story when you’re inside.

With lots of visual effects, from mirrors to staircases, this museum is made to charm you forever.

P.S.: I have a secret to tell you! Come closer…On Thursdays, the entrance is completely free! 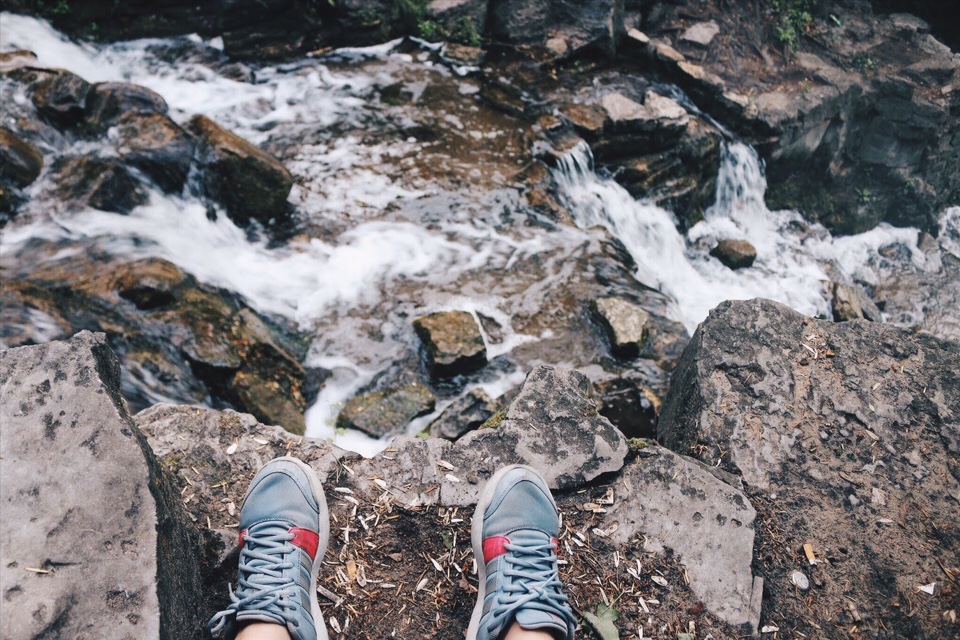 I know! Viktoria? Isn’t Tiergarten on every travel blog or website as “THE PARK”? It is and if you spend more days in Berlin or you wanna rent a bicycle, then, by all means, go to Tiergarten as it is indeed a beautiful area.

Buuut…if you want more than just a stroll, then Viktoria Park is for you. It’s this tiny park in the centre of the city and at first sight, it might look just like a pedestrian green area. I’m telling you, it’s Pandora’s Box! It’s like one of Berlin’s best kept secrets or at least that’s how I felt when I learned about this place a week before I left Berlin. Right in the middle, there’s a spectacular waterfall. Really-beautiful-makes-you-take-1000-pictures-kind of a waterfall. It’s not too big, but it’s just breathtaking.

You can actually climb a bit and sit on the rocks at the edge of the waterfall on both sides as many people do when they want to be in the city, but out of the city at the same time. They have a beer, enjoy nature, laugh and watch the waterfall for hours.

It’s a great spot to forget about the craziness of this city and remember nature’s treasures beat any skyscraper!

IS THIS ALL THERE IS TO BERLIN?

Absolutely not! Berlin is a wonderful city and there are so many places to see and experiences to have, but if you’re here only for a few days, you might want to pick something from this list and create memories you will never forget.